Sepang International Circuit, Malaysia. German Endurance Racing Team 56 (G.E.R.T. 56) has earned a podium spot at the first-ever Malaysian round of the FIM Endurance Endurance World Championship at the Sepang International Circuit with its riders Lucy Glöckner, Stefan Kerschbaumer and Pepijn Bijsterbosch. In the most imaginable hardest weather conditions, the trio from Saxony took a second spot in the Superstock category, earning further important points for the FIM Endurance World Cup. Already in the Qualifying the team had earned three more valuable points.

The second round of the 2019/2020 FIM Endurance World Championship again was hampered heavily by the weather conditions – once more after also the opening race at the 24 hours Bol d’Or had to be interrupted for more than twelve hours due to heavy rain. Out of the planned 8 hours of the Malaysian debut of the FIM EWC, only 2.5 could be held under racing conditions.

GERT56 took over the race from P19 in the grid and P3 in the Superstock category, which meant a further three points. The race strategy was made quickly and clearly: If the start would be held in dry conditions, Pepijn Bisjterbosch as quickest in Qualifying would take the honour. In rainy conditions, Glöckner was nominated to do the start.

After the rain falls in the night to Race-Saturday, the Warmup went ahead on a drying track, with rain coming back in 15 minutes to go. From there, it should continue raining for most of the rest of the day. As seen on Wednesday’s test session, the Sepang circuit only dries up slowly so Crewchief Holger Homfeldt and Technical Chief Ronny Schlieder knew it would be a wet race start – even if it would not continue to fall – so Glöckner was nominated to get out there first. But the Race Lady from Krumhermersdorf would not know what to expect that day.

Initially, the starting time was planned to be 1 pm with a grid at 12:30, but at 11:45 the racing official preponed the grid to 12 o’clock which meant bikes and riders would be on the main straight for almost one hour.

Only the Warmup lap was given green lights without the Safety Car leading the field. The race was postponed and not started at 1 pm, with the bikes pushed back to the parc fermé and team managers called into the briefing room. At this point, race direction declared the race as started – just to discard this decision later on.

Around 3 pm there was a new starting grid and the race was started behind the Safety Car besides ongoing monsoon rain falling, so the race was red flagged again after nine laps behind the car. Machinery now had to return to the parc ferme.

Around 7 pm – and further four hours of waiting – the bikes were released from the parc fermé and teams had 10 minutes to prepare them for another re-start. It was again Glöckner entering the track for GERT56, it was started behind the Safety Car.

Glöckner lapped the Sepang International Circuit 40 times when she returned to the pits for the first stop, with Stefan Kerschbaumer ready to take over if needed. But the Race Lady went back out again as she knew the conditions on track best. At this time, the rain had stopped. After 68 laps, Glöckner came back in for the next pit stop, handing over the bike to Kerschbaumer for the last 20 minutes. The Austrian then brought the bike back home in a 14th overall spot and P2 in the Superstock category.

With that result, GERT56 has taken over third in the FIM Endurance World Cup Championship, now having earned a total of 61 points, just two shy of BMRT 3D and 37 behind Moto Ain, who are leading the way.

GERT56 wishes all partners, sponsors, fans and friend a merry Christmas and a happy new year 2020.

Lucy Glöckner:
“What a strange race! Everyone was a bit confused on almost everything, no one knew, how long we would be riding and when it would start and what ever. When I came back in for the first pit stop, the team asked me if I could do another one and of course I said yes. At the second pit stop I had lose track of where we stand, are and how much time would be left. If I had known it was only twenty minutes on the clock, I would have gone out once more. It has been a fantastic experience this week at Sepang, the track is really nice and it is just a pity we had such bad luck with the weather. We did meet all our expectations and earned points in Qualifying and finally got the podium. I am more than happy.”

Stefan Kerschbaumer:
“We had to fight the weather and race interruptions for the second race in succession this season and it was a walk on eggshells out there. But we all did not do any mistakes, neither on track nor in the pits. It has been a sensational effort by our whole team and we did see at many of our opponents how easy it was to make mistakes. We did take a good bag full of points here at Sepang and now we are third in the Championship – but now also looking forward for home and Christmas.”

Pepijn Bijsterbosch:
“What a week in Sepang! We discovered everything: Thunderstorms, extreme heat and monsoon rain. The race itself was one you could not have thought of before. The team did a superb job and every decision was made together by all of us. After it was clear the race would only be for 2.5 hours we knew not everyone of us would jump on the bike but this is a team’s sport so the result was important in that hindsight. Now we are hoping to get back to ‘normal’ racing action at Le Mans!”

Karsten Wolf:
“Sepang probably has been GERT56’s biggest adventure and we did pass it in every aspect with flying colours. The team’s run-out and the logistics and everything were perfectly solved and we did show our best side. There is nothing to complain about the performances on track by neither of our three riders. At first we were a bit reflective after the first sessions where a bit tough as Lucy, Kersch and Pepi had to learn the track and Sepang is not easy. But they all delivered when it counted – in Qualifying as in the race. The Qualifying points where extremely important to me as we saw last season that every point counts. We did reach all our objectives. We have put the race on a perfect strategy base and every team member did a superb job in his respective area. We got on the podium and took over third in the World Championship and are now looking to take this momentum over the winter. We are looking forward to be coming home now and we want to wish everyone a Merry Christmas and then it is full attack mode at Le Mans again next year.” 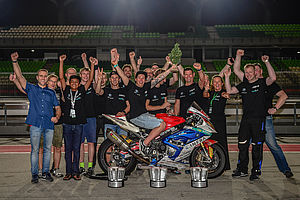 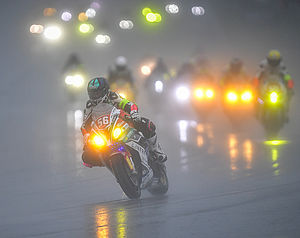 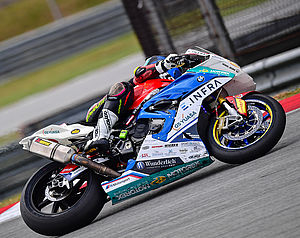