BMW Motorcycle accessory specialist Wunderlich has an absolute specialist for demanding Enduro motorcycles. The folks from Sinzig rely on their pleasant and calm works rider Dirk Thelen, a repeatedly German Enduro champion from the Eifel. He is always “top notch” for tricky, challenging Offroad-duties.

Meanwhile, BMW Motorrad planned to put the sporty Touring enduro F 850 to an utter endurance test. The machine which was given much attention at the EICMA 2017, was close to its market launch.

BMW Motorrad provided the brand-new BMW F 850 GS for the event, while Wunderlich denominated Dirk Thelen rider for the Enduro d’Agadir after he meticulously prepared the bike at the Wunderlich premises for the event.

Dirk remarks: „Riding the new BMW F 850 GS we have a touring enduro suitable for long distances in a competition field of wild sports enduro machines. Our bike weighs nearly 230 kg at an engine power of 95 bhp. All the competitor machines are 120 kg, their engine performance varies from 40 to 55 bhp. What make Agadir an attraction for us is to show the fact on a BMW touring enduro one is still absolutely competitive within an equally challenging Offroad and sports terrain.“

The Enduro starts on march 6, 2018, leads in 4 day’s stages sized from 174 and 239 km in a triangle shape from Agadir, the Morroccan port city, through the southeast-based Tafraoute and Tiznit. Start and finish is Agadir on the Atlantik ocean. At a height of 1000 metres southeast-based Tafraoute is situated inside the Antiatlas, a similarly sparse but still impressive rocky landscape of red shimmering granite. From there the route leads to the West, through Tiznit situated at the basis of the Antiatlas Mountains. Heading northbound to Agadir was the way back.

On the way, Dirk und his competitors were faced with extreme conditions, canyons, rocky passages, exceptionally steep climbs and descents, challenging gravel ways, hard rain, muddy sludges, water crossings and strong rapids as well as single trails, tons of sand and craggy gravel - such was the entire outdoorprogram. He and the BMW have mastered the challenge excellently, with great stamina and reliability – and scored well as 13th out of 42 in the overall classification.

Wunderlich congratulates Dirk Thelen for his excellent performance at this year’s Enduro d’Agadir and also BMW Motorrad for their promising BMW F 850 GS! 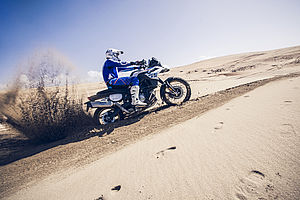 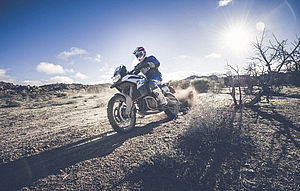 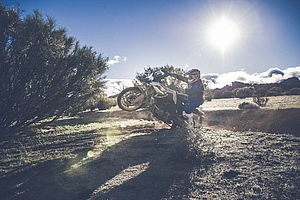 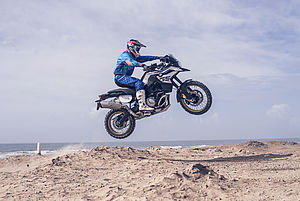 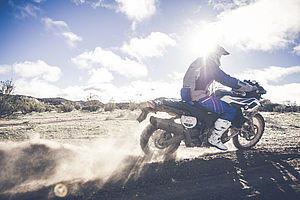 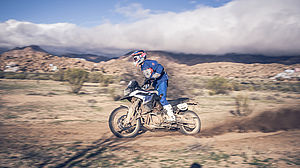 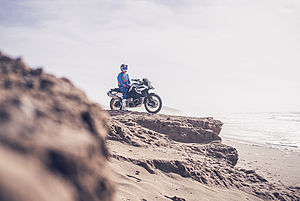 Dear customers from the United Kingdom,

As of 01 January 2021, the United Kingdom will no longer be part of the EU internal market. We assure you that we have organized the processes for you as conveniently as possible!
Nevertheless, there are some points in the purchase process that need to be considered in the future.

Wunderlich shipments to the United Kingdom from 1 January 2021: What you need to know

At the beginning, you can expect a modified delivery time