At least since 2016, Nate Kern has been known to the German public when he became a crowd pleaser at the Glemseck 101 - also on the R nineT. His appearance on the 1/8-mile was passionate and convincing and corresponded to his credo: „You do not have to decide whether you have fun or success. It‘s both!“ A racer to touch!

But Nate Kern is not set to just the 1/8th mile. He is an audience hero especially in the USA. Those who know his story, know what kind of enthusiastic motorcycle racer he is: he had his breakthrough in the original BMW Boxer Cup Daytona in 2003.  Since then he has successfully raced 9 different BMW Models with wins or podiums on each! Nate has also helped launch the class leading S 1000 Double-R and is the current Official S 1000 RR Ambassador to the USA.  With a very busy schedule introducing The All New BMW S 1000 Double R all over the U.S., he loves the challenge of extensive travel and new circuits!

His career and heritage with the brand however, is very closely linked with the Boxer. Among other things, he has won multiple Regional and National Championships with CCS, ASRA, WERA, and AHRMA. The ultra-competitive ASRA Pro Thunderbike National class Nate won on a Boxer, which was until then firmly in the hands of Buell. And recently you could admire him on a race-ready BMW R nineT, which he has proprietarily developed over the past 3 seasons successfully, inspiring the return of the highly exciting spec racing series BMW BoxerCup! He has shown that the R nineT is not only good for the track, but that, in the right hands, it is fast enough to beat other two-cylinder racing bikes. The man obviously seems to have a strong weakness for BMW motorcycles and especially for the Boxer engine.

Now he comes back to Europe and rides on the Wunderlich Boxer Cup R nineT circuit race instead of just the ever popular 1/8-mile at Glemseck 101.

Frank Hoffmann: „We are looking forward to Nate, who is amazingly fast on the R nineT! In addition to Nate Kern, in January we signed the winner of the 2017 Suzuki GSX 1000 Cup, Christof „Fifty“ Höfer, so our team is complete for 2019. The preparations are in full progress, which promises to be an exciting season!“

Wunderlich BOXER-SPIRIT
Wunderlich enjoys international recognition as No. 1 for high quality BMW motorcycle accessories and is the only brand in the world exclusively focused on BMW motorcycles. Thus, the company has created a unique knowledge within the past 34 years. Wunderlich offers over 1,400 components for the R nineT alone, which are grouped together in the „BOXER-SPIRIT“ division. Therefore, Wunderlich is not only a racing team, but also an exclusive supplier and sponsor of the BMW BoxerCup. 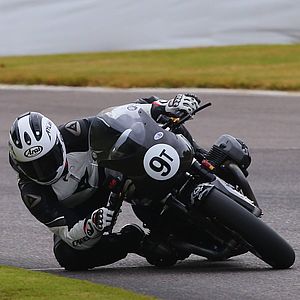 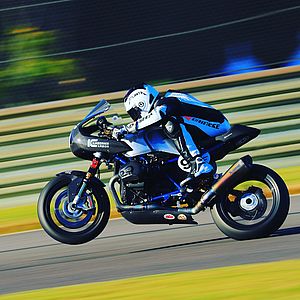