He left his calling card in Europe in Wunderlich MOTORSPORT‘s BMW BoxerCup team in the most impressive way. He was familiar with the R nineT Racer, like so many other racing Boxers that he had already ridden so successfully, primarily in the USA. But he didn‘t know Europe‘s race tracks back then. All that changed this year, though. His familiarity with the Boxer has evolved and he studied those race tracks in 2019, committing them to memory. He overcame the wicked jetlag that he suffered when he crossed the Atlantic to race. And not least with the harshness he subjects himself to. He more than convinced the community of fans in the BMW BoxerCup with his spectacular riding style, his passion and his unconditional will to be victorious. In the 2019 series, he went from a standing start to vice champion!

Vice? Second? That foxed the charismatic American. And right after winning the vice champion spot, he said it loud and clear: I want to come back. I will come back! I want to win the BMW BoxerCup! And one thing was also clear: he definitely wanted to race again with Wunderlich MOTORSPORT. He also insisted on working with the chief mechanic of Wunderlich MOTORSPORT, who took meticulous care of his 2019 racing Boxer, Sebastian Klettke! Frank Hoffmann, Wunderlich managing director and team boss of Wunderlich MOTORSPORT didn‘t actually want to enter in 2020. „We won the championship in 2019 with Christoph „Fifty“ Höfer and Nate „N8!“ Kern and showed what we‘re capable of. Why would we want to enter again in 2020?“ But Nate Kern was very persuasive. Not only did he manage to get Frank Hoffmann on side, but also Sebastian Klettke, who heads up Wunderlich‘s Suspension Centre.

Wunderlich MOTORSPORT will therefore also ready the bike that will be used for Nate Kern‘s race in the 2020 BMW BoxerCup, which will also be supported by BOS Exhausts.

The team is in. Wunderlich MOTORSPORT can do it. And Nate Kern wants it. Not bad conditions for an exciting cup in 2020. 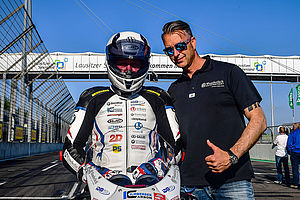 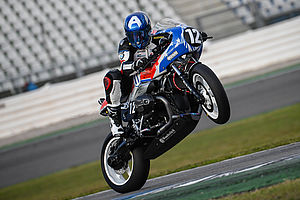