„We‘ve been hoping every year that the BMW BoxerCup will happen, so now we‘re even happier that this 2019 race series is finally ready to go again!“ The whole thing is capped off by Christof „Fifty“ Höfer‘s answer to my question of whether he wanted to see this through together, which was a clear „yes“! I really value Fifty, especially after we delivered a race together where he also „pulled through“ when he finished the race despite severe elbow injuries. I value that attitude. We won‘t just be taking part in the BMW BoxerCup as a team with Wunderlich Motorsport, we‘ll also be supporting the race series as sponsor and exclusive supplier with some of our BOXER-SPIRT products!“ said Wunderlich CEO, Frank Hoffmann.

The technically completely identical Cup motorcycles, constructed based on an optimised and modified BMW R nineT racer will be outfitted, among other things with Wunderlich‘s:

Wunderlich enjoys international recognition as no. 1 worldwide for high-quality BMW motorcycle accessories. The Cup components stem from the product portfolio that encompasses over 1,400 components, which only Wunderlich offers for the R nineT in their very own BOXER-SPIRIT catalog.

But Hoffman has another bit of news up his sleeve: „After the recent championship wins in 2017 and 2018 in the Endurance class of the RLC long distance series at the Nürburgring, I am withdrawing from active racing, which is not to say I‘m excluding the possibility of being a guest rider every now and then. Wunderlich Motorsport will be represented again in 2019 and just like in the BMW BoxerCup, we have our sights on one goal: Ending the season successfully, completing the triple in the RLC as much as we can.“ The racing team is launching with riders Sebastian Klettke, developer and race mechanic at Wunderlich; Sven Cremer, who organises trade fairs and events at Wunderlich; and - little wonder - with Christof „Fifty“ Höfer. Once again, the Wunderlich Motorsport Team will be appearing on a BMW S 1000 RR brilliantly prepared in their own workshops.

Due to their commitment in both series, Wunderlich Motorsport will not be appearing at the Pikes Peak International Hillclimb in 2019. 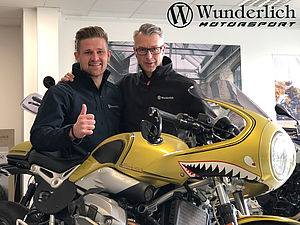 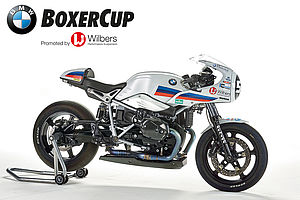