It's back as of 2019: the BMW BoxerCup. Unlike the first edition that formed part of the Motorcycle Grand Prix, this time with the lightning-quick, series reminiscent R nineT. Along with its BOXER-SPIRIT division, Wunderlich is among those international providers with the largest range for conversions of all variants of the R nineT family. The company was extremely successful at Pikes Peak and the Long Distance Cup at the Nurbürgring with Wunderlich MOTORSPORT. It therefore made sense to seize the chance to bring the BOXER-SPIRIT and MOTORSPORT together: Nate "N8!" Kern from the USA and former Suzuki GSX-R1000-Cup Champion Christof "Fifty" will be fighting for victories and the championship.

"I actually didn't want to compete in racing any more", grinned Frank Hoffmann, managing director of Wunderlich, at the start of the year. But racing is a virus they haven't found a cure for yet.” When it became clear that the Cup was coming, there were some discussions, some directly with BMW, about Nate Kern. Naturally, I knew who he was. He's been riding BMWs for years – and also comes from America, a market that is both relevant and important to us."

Kern himself is the Boxer dinosaur, everyone on the team says: when Nate Kern came into the world, he asked about the Boxer concept. A play on the fact that Kern was there during the original Boxer Cup in Daytona and at the start of the 2000s.

"Haha", laughs Kern, when you talk to him about it." Riding a BMW race machine with a Boxer engine to the limit challenges and fascinates me. I won't to go overboard with the philosophising, but I believe that just like you shouldn't judge a book by its cover, you also shouldn't judge a race bike by its cylinder alignment.” Kern's fascination with the engine concept has remained unbroken for almost 20 years.” The Boxer that really irritates people – and it still irritates me today too.” He emphasises the special feel in particular – which hasn't changed significantly over the years. It's an old school feel, as the Americans say, that sets in when you ride a Boxer; the R nineTs are top of the range in terms of technology, state of the art, so to speak – but the feel and the technique required to ride the Boxer to the limit skilfully and quickly has remained. A balancing act that is a whole lot of fun."

But Kern wasn't going to have it that easy. Wunderlich also sent their lightning-fast team colleague Christof Höfer to the race. Höfer is a former Suzuki GSX R1000 Cup Champion and was motivated to take a shot at Germany's top class in the IDM Superbike in 2018 – but a complicated shoulder injury knocked the Hessen native out of the race. "This year I was set on seizing the chance at the IDM Superbike that I missed last time", says Höfer.

"That's what I wanted by hook or by crook - but unfortunately the budget was not enough." Höfer was devastated, but he's a thoroughly positive individual who has already had to overcome several setbacks in his life and has still been able to get over his low points every time. "Sometimes when one door closes, two or three new doors open", he says. "And then came the call from Frank Hoffmann, managing director of Wunderlich: Fifty, fancy riding in the BoxerCup for Wunderlich Motorsport?” Of course he did. Höfer and Hoffmann have known each other for years and have even faced each other on the race track. And besides: he doesn't have to skip out the races on 1000 four-cylinders either because Wunderlich MOTORSPORT also competes successfully at the Reinoldus Endurance Cup at the Nurbürgring with the RR. With Höfer in the saddle as of 2019.

Kern himself is also experienced with the Munich superbike from Berlin-Spandau. The public favourite is the BMW brand ambassador in the USA for the S 1000 RR, but it hasn't destroyed his love of the Boxer concept. So the team came up with an idea: Höfer knows the courses and the core of the Boxer. In the initial training sessions on the weekends, the team colleagues - who are also each other's toughest competition - do things together. Most of the time anyway.

Nate Kern was given a lesson at the season launch at the Lausitzring. Yes, the "old hand", the Boxer dinosaur. But not necessarily in terms of sporting performance. "Man, I wasn't expecting that - I have to get back on the weights, my fitness isn't good enough to beat Fifty", the American went on record as saying after the first two rounds. "I think he imagined it would all be a lot easier than it actually was. That makes me happy, of course", counters Fifty, grinning. Both speak of mutual respect.” Nevertheless, I'm absolutely committed to winning and I want to show that in every race", says Höfer. "But so does Nate.” The courses from Höfer and the secrets of Boxer riding from Kern. That's the deal between the two team colleagues. Nate gives a few insights: "It really comes down to the bends. In slow bends, you really don't need to hang off the bike so much, and in the fast bends you should. But you shouldn't use that much of your body because it tires you out over the distance because these Boxers close to the series are really heavy. But also really dynamic. Once you've raced a Boxer over a season, you become a better rider", Kern is convinced. In his opinion, three generations come together in Team Wunderlich. "There's the riding style, which Frank embodies, and the younger generation's style from Fifty", says Kern.” I'm somewhere in between. You have to find the right mix between the classic and the new."

Frank Hoffmann is not even interested in denying Kern's defiant swipe.” Riding this kind of motorbike requires a lot of physical effort", says the Wunderlich managing director and team manager, who participated and tested himself as a development pilot for the current BoxerCup. "The younger guys have the advantage with their style of hanging off the bike. The old warhorses ride my old school style and they don't get a look in anymore. You need to coax speed from this bike by removing the centre of gravity from the motorbike. That's not my style anymore, that's more suitable for younger people. But it's very impressive and spectacular to see from the outside how fast they can ride these motorbikes."

"There are riders who have won national superbike championships, even MotoGP races – who have never ridden hang-off style or sideways Kern continues.” But on the Boxer you have to use your body so the cylinder heads remain free, because you can't ride with as much of a tilt. If your posture is only 80 percent correct out of 100 percent, then you fire up the cylinder because that would only lead to a fall. How you take off is decided by which cylinder you grind with. If you fire up the left cylinder, which sits further forward than the one on the right due to the asymmetric offset, the rear wheel sets off first. However, if you fire up the right one, it sets off from the back. I only fire up the cylinders towards the end of a race – when the power dwindles and my body struggles against hanging off."

Hoffmann knows: “When the cylinder meets the floor, the motorbike doesn't travel through the radius that you actually want to ride, and it was no different with the 'old' BoxerCup machines. The motorbike travels through a wide radius and then you just have to keep it calm to get it out of the tilt again and then travel through the radius that you want to travel. It sounds ridiculous, but it works somehow. So falls are relatively rare – and if it does happen, it's usually no big hit to the bike because they're built in such a Spartan way. Those things are really sturdy. Anybody who wants to take a look at motorsports is in the right place here."

When you talk to Kern about this subject, it's clear to see passion it brings out in him. But then he himself slams on the brakes. "I don't want to give away too many secrets", he squints mischievously at his team colleague Höfer. "Fifty is young, hungry and simply from a different generation. They question everything these days and want to know everything in precise detail. I learned everything I know about the Boxer from Stephane Mertens – but he didn't tell me anything, I learned by watching him on the track in the original BoxerCup. I haven't ridden anything else except BMW since 2004."

Höfer knows that there's still a lot he can learn – even though he evolved into the dominator of the BoxerCup 2019 and has won the most races. "I don't even know where I should start or stop", he says about the differences between the 1000 ccm bikes he has ridden so far and the R nineT. The cylinders are the first thing, of course. "They stick pretty far out", he laughs.” Then there's the kickback when you open up the throttle. That lets you ride right bends with a different radius than left bends.” Overall, it's a man's motorbike – or a connoisseur's motorbike, because there's no anti-hopping clutch.” The motorbike is a whole lot of fun, but its really tricky. It has nothing in common with a superbike except the fact that the throttle grip sits further to the right. So American Boxer star Nate is exactly the right guy, one I can learn a lot from." 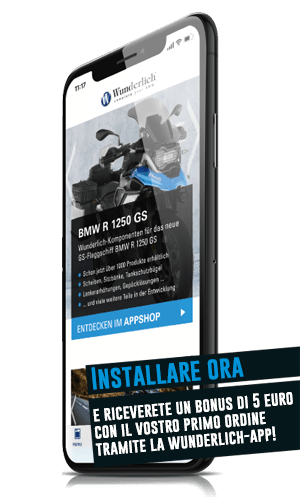